Electronic cigarette
(also known as an E Cig, E Cigarette or a Vapor Cigarette) is an electrical vaporizer using a liquid solution infused with nicotine to create a mist or vapor, simulating the act of tobacco smoking. Utilizing a battery an atomizer vaporizes the liquid creating a warm mist that can be inhaled. There is no burning with an E Cigarette. There is no tar with an E-Cigarette. The rechargeable battery powers a heating element called an “atomizer.”  The element uses low heat to turn liquid in the cartridge, which contains propylene glycol, glycerin, food flavoring and nicotine, into a fog-like mist.

Smokers switch to E Cigs for a variety of reasons. Reducing the harm to your lungs by inhaling less chemicals is one benefit. The cost comparison of vaping over conventional smoking is another benefit. The nicotine levels in the solution come in a variety of strengths so that a person can choose to reduce the strength over time.

This is a relatively new technology developed in the early 2000’s and it is spreading in popularity across the US and abroad. Those who smoke conventional cigarettes before are counting the days, packs and dollars since they switched to E Cigarettes. Stop by our Vapor Store for a healthier Vape Choice

We are strong advocates of CASAA
What are electronic cigarettes?

Electronic cigarettes (also known as e-cigarettes or personal vaporizers) are an alternative to tobacco cigarettes. They are battery-operated devices that create a mist or vapor that is inhaled instead of smoke. The rechargeable battery powers a heating element called an “atomizer.” The element uses low heat to turn liquid in the cartridge, which contains propylene glycol, glycerin, food flavoring and nicotine, into a fog-like mist.

There are many models of e-cigarettes available. Some look like traditional cigarettes, others look similar to a pen and some even look like small flashlights. Some have LED lights, some have built-in liquid reservoirs, others have combined atomizer cartridges, some are tubular and some are even rectangular boxes. They come in all shapes and sizes and have different features for former smokers who wish to distance themselves from anything resembling a traditional cigarette or want a longer battery life and/or better performance.

While anything containing nicotine cannot be called 100% safe, evidence from numerous studies strongly suggests
that they are magnitudes safer than tobacco cigarettes. Harm reduction experts can point to research supporting that switching from cigarettes to a smokefree product will reduce health risks to less than 1% of smoking traditional cigarettes – nearly the same as non-smokers. For tobacco harm reduction health professionals, it is misleading and irresponsible for public health officials to tell smokers that smokeless products, such as e-cigarettes, are “not a safe alternative to smoking” simply because they are “only” 99% safer and not 100% safe.

No.
This myth was created by a 2009 FDA press statement regarding electronic cigarettes. The FDA tested 18 cartridges from 2 companies. Of those 18 cartridges, 1 tested positive for a non-toxic amount of diethylene glycol (approximately 1%). While diethylene glycol is occasionally used in anti-freeze, the chemical is not a standard ingredient in e-cigarette liquid and it has not been found in any other samples tested to date.

The base liquid for e-cigarette liquid is usually propylene glycol. Propylene glycol is considered GRAS (Generally
Recognized As Safe) by the FDA and EPA. While it is also sometimes found in anti-freeze, it is actually added to make the anti-freeze less toxic and safer for small children and pets. Propylene glycol is a common ingredient found in
many of the foods we eat, cosmetics we use and medications we take. It is also used in the fog machines used in theaters and night clubs.

Though testing by the FDA and some researchers have discovered trace amounts of tobacco-specific nitrosamines,
which are known to cause cancer with high exposure, the amounts found were extremely low and unlikely to cause cancer. To put it in perspective, an e-cigarette contains nearly the exact same trace levels of nitrosamines as the FDA-approved nicotine patch and about 1,300 times less nitrosamines than a Marlboro cigarette. This means that e-cigarettes would not be any more likely to cause cancer than FDA-approved nicotine gums, patches or lozenges.

What about all of the news reports that e-cigarettes contain toxic chemicals and metals?

The reports that there are studies that show potential health risks due to e-cigarette use are premature. In spite of what has been reported, the studies done to date have not only been largely inconclusive, but have actually found that the levels of contaminants detected in e-cigarette liquid and vapor are so low that it is highly doubtful they would even pose a health risk. Most certainly, they are thousands of times less of a risk than continuing to smoke. The fact is, the mere “detection” of a chemical does not mean that a product is hazardous. Every day we harmlessly consume and breathe in chemicals that would be toxic at much higher levels. It is disingenuous for public health organizations that disapprove of e-cigarettes to point to the trace levels found in e-cigarette studies as conclusive evidence of a potential health risk.

Dr. Igor Burstyn, of Drexel University, reviewed all of the available chemistry on e-cigarette vapor and liquid and
found that the levels reported — even in those studies that were hyped as showing there is a danger — are well below the level that is of concern. His report was peer-reviewed and published January 2014 on Bio Med Central’s Public Health Journal: “Peering through the mist: systematic review of what the chemistry of contaminants in
electronic cigarettes tells us about health risks“

In 2011, The FDA issued a statement regarding the approved smoking cessation drug Chantix, which has been linked
to over 500 deaths, suicidal tendencies and heart attacks. The FDA stated that “the drug’s benefits outweigh the risks.” E-cigarettes have been on the market nearly as long as Chantix, without reports of significant adverse reactions or deaths. Studies have shown that while chemicals have been detected, they are too low to pose any significant health risks and are certainly far less exposure than found in cigarette smoke. It is clear to anyone who reviews the more than 60 available studies on e-cigarette liquids and vapor that the benefits of e-cigarettes also “far outweigh the risks.”

If there are over 60 studies of e-cigarette vapor and liquid, why do health experts say we don’t know what is in them or that they may be more dangerous than traditional cigarettes?

We also know that there is a small, but very vocal, part of the public health community that is against anything that doesn’t require 100% abstinence from all tobacco and nicotine. Their objection to e-cigarettes appear to be more ideological than science-based and it seems they would rather smokers remain uncertain enough about e-cigarette safety that they will choose to keep trying to quit smoking with traditional methods instead. Unfortunately, while this may be an option for those smokers who are actively trying to quit, it keeps smokers who aren’t trying to quit – or who fail to quit using traditional methods – using the most hazardous product on the market, rather than a far safer alternative.

Are e-cigarettes approved or regulated by the FDA?

The FDA currently considers e-cigarettes to be tobacco products. Originally, it claimed that e-cigarettes are being used
as smoking cessation devices and therefore they needed to be regulated the same as pharmaceutical nicotine replacement therapy drugs (NRTs). In 2009, the FDA ordered customs officials to start seizing e-cigarette shipments coming into the country.

Contrary to some media reports and comments by legislators, regulation as a “tobacco product” under FSPTCA
does not mean that e-cigarettes are automatically regulated in the exact same manner as tobacco cigarettes, ie., subject to PACT, flavoring prohibitions and indoor use bans nor subject to the same tax rates. However, it does mean sales
of these products to minors are finally prohibited by law.

What e-cigarette brand most looks and tastes like a real cigarette?

This is the most common question on e-cigarette forums. The best answer to that question is “none” and “it doesn’t matter.”

Since those considering e-cigarettes are usually seeking to replace tobacco cigarettes, they are under the assumption
that having the most realistic, tobacco-flavored e-cigarette will bring the most satisfaction. The truth of it is that after switching to e-cigarettes for a few weeks, the vast majority of users discover that looks ultimately don’t matter – performance does. And the best performing e-cigarettes don’t necessarily look anything like traditional cigarettes because they require larger batteries. And the most popular flavors with experienced users are often as far from tobacco-tasting
as one can get.

One problem is that none of the tobacco flavors really taste like burning tobacco – they taste more like fresh tobacco
smells and slightly sweet. So, experienced e-cigarette users will tell you that nothing tastes exactly like a burning tobacco cigarette. But, we know you won’t believe us and insist on buying something that looks and tastes like a tobacco
cigarette. That’s ok – we’ve all been there!

Can e-cigarettes help me quit smoking?

E-cigarettes are not approved to be marketed as nicotine cessation products like the nicotine gums and patches on the market. However, that doesn’t mean that some smokers haven’t found them an effective way to wean from nicotine.
There is also a lot of real-world evidence and even some studies that strongly indicate that e-cigarettes are an effective alternative to smoking. Surveys show that up to 80% of e-cigarette users quit smoking traditional cigarettes
while using e-cigarettes. One study showed e-cigarettes worked at least as well as the nicotine patch for nicotine replacement therapy.

However, while some users have gradually reduced the nicotine levels down to zero, the majority of e-cigarette users
treat the devices as an alternate source of nicotine and not as a nicotine cessation program. So there is not as much scientific evidence yet that show how effective e-cigarettes are when used to treat or cure nicotine addiction. Yet, anecdotal reports by users who have used e-cigarettes as a way to wean from nicotine also indicates they seem to be very effective way to break smoking triggers and dramatically reduce nicotine levels. As with pharmaceutical NRTs, it depends upon the smoker and the strength of his or her addiction and resolve to quit. E-cigarettes also appear to be a much safer option for short-term use in the event of relapse.

The good news is, nicotine by itself has very low health risks, so switching to
e-cigarettes can be nearly as good as quitting altogether. The most important
thing for those who cannot or will not quit nicotine to do is to stop the exposure
to the harmful chemicals in cigarette smoke and e-cigarettes can help them do
it. 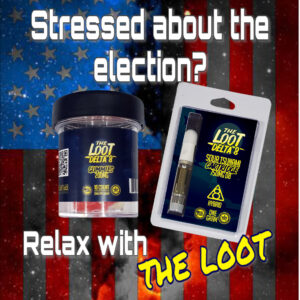 Have you picked up the new RPM160? They are in stock!! 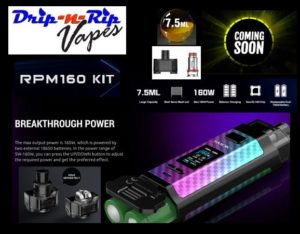 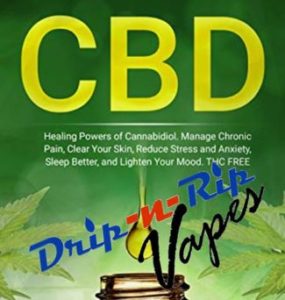 The Real Truth about Vaping